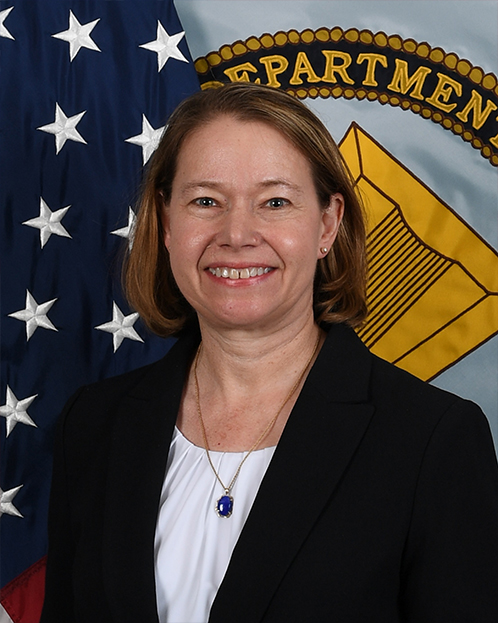 Ms. Sydney A. Smith was selected for the Senior Executive Service in April 2021. She currently serves as the President of Army Logistics University (ALU), Combined Arms Support Command, Fort Lee, Virginia. Ms. Smith oversees the University’s mission of providing professional education and leader development for military and Civilian logisticians and related professionals from the Army, joint, interagency and international communities, to include sustainment and logistics, operations research, and acquisition leader education and training programs. Her responsibilities include direct supervision and management of all education programs conducted by the institution throughout the United States and internationally, using all modes of delivery including distance learning. These programs provide training and education to between 30 and 40 percent of the Army’s leaders. Ms. Smith provides leadership to and directs a multidisciplinary workforce of over 500 professionals in ranks through Colonel and GS15 equivalent, including Department of the Army military and Civilians, other DOD military, international officers, and contractor personnel. She oversees a budget of over $23M.

Ms. Smith is a native of Abingdon, VA and was commissioned in 1992 as a Quartermaster officer through the ROTC program at Davidson College, Davidson, NC.

Ms. Smith holds a Bachelor of Arts in Psychology from Davidson College, a Master of Military Arts and Sciences from the Command and General Staff College, and a Masters in Resource Strategy from the Eisenhower School.