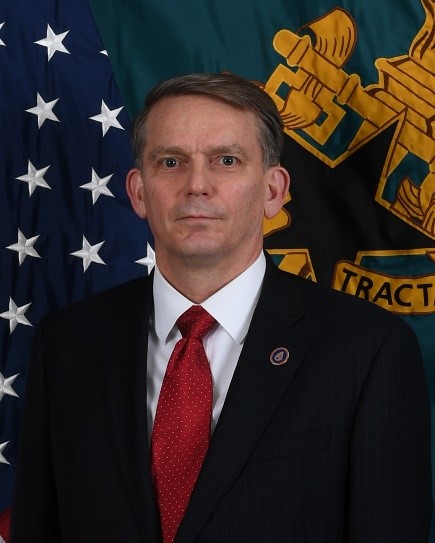 Mr. William Robert “Bob” Stanley Jr. received his commission in the Armor Branch in 1982 and is a 1984 graduate of the University of Missouri-Columbia, earning a Bachelor’s Degree in Industrial Engineering. Mr. Stanley is now serving as the Deputy to the President, Army Logistics University.

Mr. Stanley began his civilian career in January 2015 after retiring from the Army. His first assignment was as the Chief, Programs and Analysis for the Combined Arms Support Command (CASCOM) G8. Prior to his current position, Mr. Stanley served as the Deputy to the Chief of Transportation.

Mr. Stanley is a graduate of the Officer Basic Course, Officer Advanced Course, Combined Arms Staff Service School, Army Command and General Staff College, Joint Professional Military Education II, and the Naval War College. He holds a Master’s Degrees in Energy and Mineral Resources from the University of Texas at Austin and National Security and Strategic Studies from the Naval War College.